Who will win Micromax Asia Cup 2016

The 13th edition of Asia Cup is set to kick off from 24 February 2016 in which 5 national cricket teams will be up against each other to become superior of Asian cricket. Bangladesh is hosting the tournament in which Sri Lanka cricket team is the title defending champion. India, Pakistan and United Arab Emirates are the other participating nations. 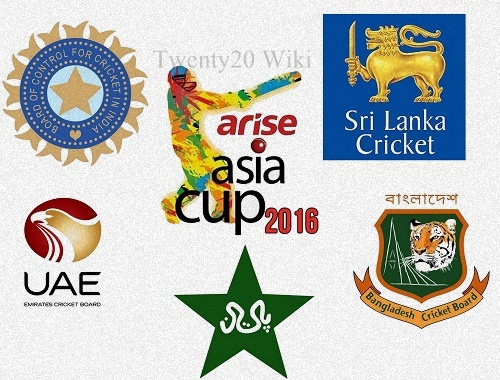 A total of 11 matches played throughout the competition and this is the only occasion in past 12 editions of cricket asia cup when tournament will be played in twenty20 format. The final match is scheduled to take place on 6 March 2016 at Sher-E-Bangla stadium. Let’s have a look at the strong contenders of Micromax Asia Cup 2016.

Indian cricket team is one of the top teams in the competition and will be favorite to win for sure. Under MS Dhoni’s leadership, Men in Blue achieved so many milestones and won some big events. He’ll be leading the side if gets fully fit. Virat Kohli, Rohit Sharma, shikhar Dhawan, Suresh Raina and Yuvraj Singh will be the key players for team India in 2016 asia cup.

The major concern with Indian team is their bowling. If bowlers perform well, team can win the title. Obviously India has got some top class spinners insight of Ashwin and Jadeja who can turn around. Yuvraj ans Raina’s part time bowling will also play crucial role. Ashish Nehra’s experience and Jasprit Bumrah’s orthodox action and his sense of bowling can really do wonders for Men in Blue.

Pakistan cricket team can also lift Micromax Asia Cup trophy as the majority of Pakistani players are coming to the tournament after playing twenty20 event HBL Pakistan Super League. Surely it will help the team to perform better under Shahid Afridi’s captaincy. Bowling is always been strength to Men in Green and this it can be very effective for the team.

Mohammad Amir, Mohammad Sami, Wahab Riaz and Mohammad Irfan’s bowling attack can destroy any batting line-up in the event. The key concern for Pakistan in bowling lineup is their spin attack as they don’t have a godd quality spinner in the Asia Cup side. Batting will definitely be depending on Mohammad Hafeez, Umar Akmal, Shoaib Malik and Sharjeel Khan.

Asia Cup 2016 title defending champion team Sri Lanka are struggling at the moment as they have not got right players to even match the consistency Mahela Jayawardene and Kumar Sangakkara provide to the side. The only good thing for Lankan team is that their regular captain Lasith Malinga is returning and will lead the team. All-rounder Angelo Mathews is also making comeback in Sri-Lanka team after getting recovered from injury.

Sri Lanka bowling looks good with Malinga, Kulasekara, Herath and Senanayake in the attack. Mathews and Perera can also hit some right areas to get the wickets and stop runs. Chandimal, Dilshan, Shehan Jayasuriya, Kapugedera and Dickwella will be crucial batsmen for asia cup title defenders.

Indian cricket team will be the strong candidate to win and as per twenty20wiki.com’s prediction they have got 57 percent winning chances.