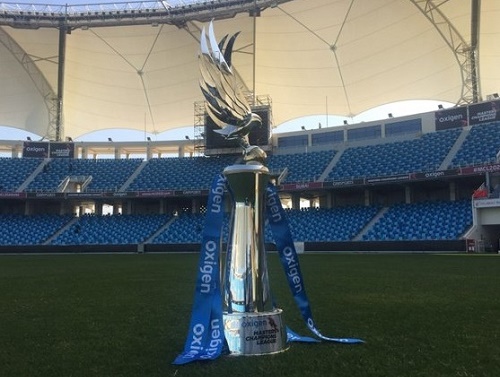 Six franchise based teams are participating in the Oxigen MCL 2016 and one of these 6 teams will lift the Masters Champions League brand new trophy on 13 February at Dubai International Cricket Stadium in Dubai, UAE. Let’s have a look at the top 3 favorites teams of the tournament out of one which can win the cup.

Australian pace bowlers Brett Lee and Dirk Nannes will be the front line bowler for Virgo team along with Pakistan’s Azhar Mahmood. Kiwi all-rounder Jacob Oram will play crucial part in T20 format for Super Kings. Malinga Bandara and Murali Kartik are the specialist spinners in Virgo side. 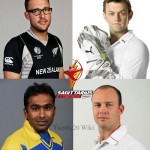 One of the most successful wicket-keeper batsman of all time from Cricket Australia, Adam Gilchrist will be leading Sagittarius Strikers in the first season of Oxigen Masters Champions League. Sri Lanka’s Mahela Jayawardene and English batsman Jonathan Trott will be key players for Sagittarius. Former Pakistani opener Yasir Hameed is expected to open the innings with Gilchrist.

One of the hot favorite teams of Masters Champions League will be Gemini Arabians which will be playing under India’s destructive opener Virender Sehwag’s captaincy. Along with Viru, former Proteas batsman Richard Levi may open the innings. Legendary middle order batsmen Kumar Sangakkara from Sri Lanka and Shivnarine Chandrapaul will be key players for Arabians.

T20 cricket’s one of the most successful batsman Brad Hodge will also be playing for Gemini Arabians in the tournament. Bowling department will rely on the shoulders of experienced players like Kyle Mills, Muttiah Muralitharan, Rana Naved Ul-Hasan and Saqlain Mushtaq. Paul Harris is also a part of Gemini team.

What do you think about these three teams? Who will win MCL 2016?